Experiments in the laboratory

For our transdisciplinary unit “How the World Works”, students in year 4 have been doing various activities about weather, climate, and natural disasters. In laboratory, units have carried out a number of experiments to help learn about different aspects of weather and climate, whilst combining various materials. 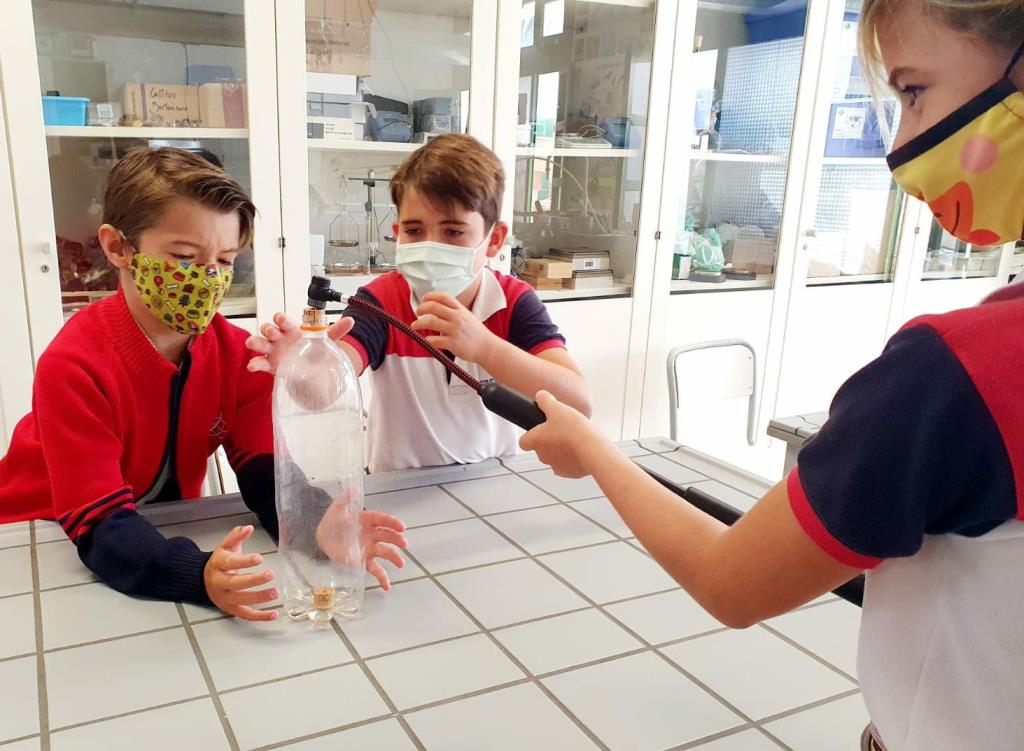 Next, the students participated in the cloud in the bottle experiment. This demonstrated how water in the atmosphere can be made visible by changes in pressure. Pumping air inside the bottle compresses the molecules and heats them up, causing them to evaporate into gas.

When students pulled the cork out, it lowered the air pressure letting the gas molecules expand and cool. Warmer air rushed out and cooler air rushed in. As it cooled the gaseous vapour condensed into liquid particles forming tiny, suspended droplets. A “cloud” was created.

Finally, students created papier mache volcano sculpture to us in the experiment which imitated a volcanic eruption. The students put bicarbonate of soda into the middle of the volcano, then mixed red paint with vinegar. They then observed how when vinegar and baking soda are first mixed together, hydrogen ions in the vinegar react with the sodium and bicarbonate ions in the baking soda. The result of this initial reaction causes the chemicals to foam and appears to be like lava flowing from the volcano.