The students of the bilingual School (English-Spanish) and expert in Modern Languages ​​(German and Chinese) “Arenas Internacional” have once again experienced a terrifying day, celebrating “Halloween”, one of the most deeply rooted festivities in Anglo-Saxon culture. 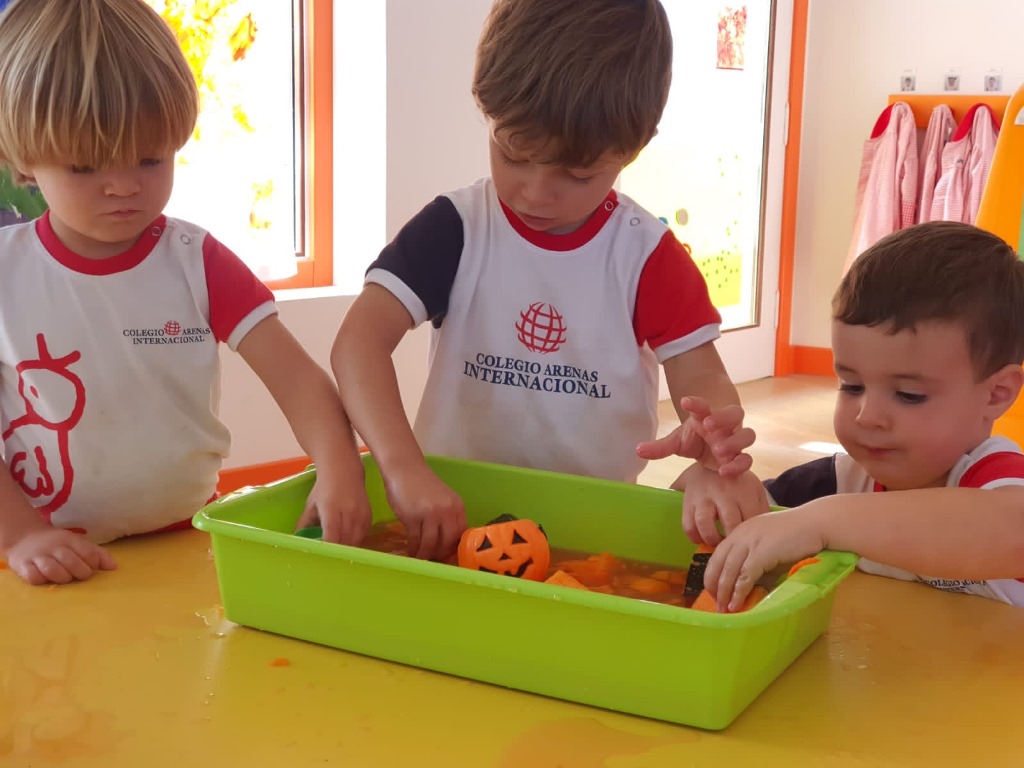 witches, skeletons, mummies, zombies, etc., they have carried out a terrifying day in the different workshops, games and contests that around this festive theme and carried out in English and Spanish, have brought them a little closer to English life and culture.

The Infant students carried out workshops with which they found bugs, carried out crazy experiments; they made and decorated pumpkins, spiders, ghosts, skeletons ..., and played talkative ghosts, flying ghost or hidden candy, etc. In English, the little ones also developed their particular terrifying day with activities such as “Musical Chairs”, “Pumpkin Hunt” or “Making Halloween monster”, among others.

For their part, Primary school students also enjoyed their "scary day" with "terribly fun" games and workshops such as those dedicated to mathematics and puzzles, crossword puzzles, crafts with recyclable materials, computer games, a terrifying Gymkhana, Scattergories, invention of Halloween stories, Body Percussion with the Adams family or the performance of the play “Rhythmic Halloween” in music; Arts and crafts, and even a Flash Mob (Thriller), among others.

Halloween was also present at Secondary and Baccalaureate where various actions were carried out such as Taboo, a Halloween vocabulary game. “Stories of success: biographies + What do we learn from stories?Roald Dahl; What makes us happy ?; what shapes our identity ?; "Hopes and dreams for the future: success, gap year, 21st century skills, what makes us alive?", Etc.